My wife and I participate in some of the planet’s most heated debates when go to the movies. Are we going to watch yet another movie with lots of kissing, a prince charming, and a girl who makes an epic comeback despite the odds? Or will we watch something my wife wants. Well, this past Saturday night we agreed to see the new Mark Wahlberg movie, Instant Family, because we wanted something light and funny. The movie started, the laughing followed, and then something happened…

I’m not a “spoiler” kind of guy, so don’t worry about reading the entire script of the movie in this one paragraph. Here’s the synopsis: Pete (Mark Wahlberg) and Ellie (Rose Byrne) decide that they’d like to have kids. By chance, Ellie comes across a website which exposes the multitude of children in foster homes and their dire need for care. After little consideration, they take one child into their care, but she comes with two younger siblings. From once being set on a single child, they’re instantly thrown into the deep end with three kids, one of whom is a rebellious 15-year-old girl. If they truly want to start a family, the couple has to become parents in an instant and deal with its consequences.

Everyone watching the movie was laughing from the start. The script was light-hearted, quirky and even tongue-in-cheek at some points. To add humorous value, American comedian and actress Iliza Shlesinger plays a character that had everyone spitting up their drinks with laughter. But as the movie progressed, the chuckling out loud turned to choking up. My wife said that she actually heard sobs during the movie. She still doesn’t know that she was hearing them from her husband. The best part was that we all laughed together, we all cried together, and then we did them both at the same time together.

Like any movie review, there was mixed feedback after the movie premiered. Movie critic Chris Agar from Screen Rant perhaps put it best, “Instant Family is feel-good entertainment that has a big heart, plenty of laughs, and raises awareness about serious subject matter.” On top of roaring reviews from critics, movie-watchers on Google and Facebook gave an overall rating of 94% and 90% respectively.

A massive reason this movie touched so many is because it was so real. In fact, many of the people who watched the movie and left a review, mentioned how there were so many little details that they could relate to – details that they had experienced themselves as parentless children. What’s more interesting is that the writer-director, Sean Anders and his wife adopted three siblings themselves. When I realized that, I understood just how real this movie was. It wasn’t just 120 minutes of entertainment; it was two hours of opening my eyes to a reality I had never wondered about before.

How To Boost Your Workout To Help You Lose Weight Faster

We all know there are a ton of reasons why exercise is so beneficial for our health. There are many simple ways that have been successfully… 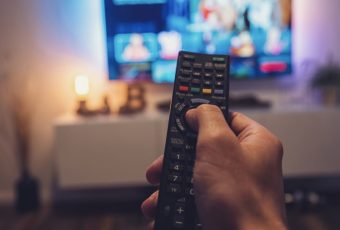 The Best Shows To Watch On Netflix Right Now

Netflix is the perfect way to get the whole family together for quality time. These films are the hottest thing on the market right now and…

Journalistate Top 10
More From Journalistate
Find Us On Facebook
This site uses cookies and other tracking technologies for analytics and targeted advertising. By continuing to browse on this site, you agree to this use Find out more.