It’s hard to deny that when it comes to trying foods and snacks from other countries, it’s not always the first thing many people would instantly do. What’s normal for people from different places and cultures across the globe may be strange to Americans. With that being said, believe it or not, Australians have some of the most unique food items that many have never heard of but are really delicious. If you haven’t tried any of these popular foods from the Land Down Under – you’re totally missing out!

For those who don’t know much about Milo, let’s just say it basically the drink that meets all expectations. Milo is a chocolate powder can needs to be mixed with milk, which makes the absolute perfect chocolate drink. However, milo is also one of the key ingredients in cakes and or homemade ice-cream. It’s so important to get the correct milk-to Milo ratio to enjoy this delicious drink. Although, you can simply buy milo as a pre-made drink or any many other products such as chocolate. Australia originally invented this amazing but the iconic green tin can be found in many other countries around the world. Make sure to give it a try!

When you first take a glance at this food item, you may immediately be put off, however after reading about this scrumptious food you’ll be drooling. Basically, its a sponge cakes that is coated in chocolate and coconut. Although these can be easily found in just about every bakery in Australia, they are so easy to make at home. Lamingtons are known to be the best mid-afternoon snack but this delicious Aussie food can be enjoyed at any time of the day.

Tim Tams are possibly the most popular Australian snack, however, they are available in a handful of places in the USA. So what is all the fuss about? Basically, Tim Tams are chocolate biscuits that are a  combination of biscuit, cream filling, and chocolate coating. This indulgent treat is available in a variety of flavors, but everyone knows that the original is just the best. Most Australian will suggest that you use the Tim Tam as a straw and suck the milk through the biscuit. But, just a pre-warning before you try these…they can become highly addictive.

This may seem like the strangest one on the list, but fairy bread is probably the one food invention that Aussie is the proudest of. So what does fairy bread consist of? Firstly grab a slice of white bread, then spread some butter on both slices, and finally top it with hundreds & thousands (sprinkles). Of course, this is mostly enjoyed by kids but this is also very much loved by adults too.

The majority of Aussies’ grew up eating Vegemite so for them, this is a must-have, must love! Vegemite is a dark brown paste that is made from various vegetables, spices additives, and yeast extracts. However, ALL Australians say that there is only one way to correctly enjoy it. It should not be eaten like Nutella – with a spoon but you have to rather spread it with butter on toast. Nevertheless, Australian like to add some avocados, melted cheese, and tomatoes.  This then makes for the most perfect breakfast. Sadly, many foreigners ‘hate’ the taste of Vegemite and often say it is an acquired taste. 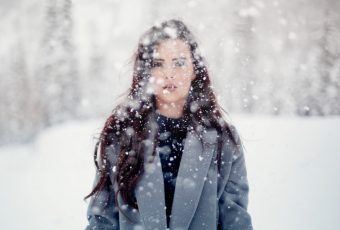 Winter Skincare Tips You Need To Know About

With the biting chill, harsh winds, and dreary rain, it’s hard to keep your skin in check during the winter. Cold weather can cause the skin…